Yesterday at 8:13 am by Smelly El Chivo

Yesterday at 12:06 am by Smelly El Chivo 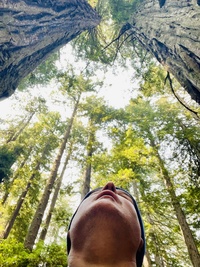 Foot Mann wrote:A solution opens up on middle Ground. A field in Pennsylvania where Satan's Son will stand a Mound. A Painter will be present to record the Sound. When the Door opens will Satan's Son turn a Round.

I am Satan’s son and I’m not turnin round ever.

99 wrote:Ok, so the US is keeping their cards close to their chest. Our adversaries know this hence why they haven't attempted a take over yet.

Whatever they have, we have too; and it's probably more advanced. It goes without saying that the public is out of the loop on all of this but that may change a little... at the end of this week.

We have no enemies.
Smelly El Chivo

99 wrote:It’s been said that China and/or Russia have developed hypersonic technology that’s far beyond what the US has.

If the Pentagon ufo report states that this is true and that they have evidence to back up their claims on that… we’re in big, big trouble.

Are we prepared for the changes that are going to take place once China or Russia (or both) take over the US?

Or does this mean that the winds of war are upon us?

If China and Russia have the tech most likely the US had it first. Phillip Corso's "The Day After Roswell" goes into detail about how non human crash retrieval technology was funneled into private industry for research and development and for back engineering. The nazi scientists involved with Project Paperclip had a lot to do with it too. The stories of people like Corey Goode and Randy Kramer are clearly bunk but the idea of a secret space program has only gained more and more traction as the years have gone on. Even our very own Smelly Goat has alluded to the existence of very exotic weaponry although as far as I can tell he doesn't believe the source is from the non humans. Indeed I think if we are expecting an attack from China and or Russia via Tic Tacs you can also expect a fleet of Black Triangles to defend the states. At that point the "future shock" really begins to set in.

I did almost predict exactly what trump would do.

I just have good instincts because I’m not an idiot and I’m hella smart.

Smarter than almost everyone I know.

Hell, smarter easily than everyone I know.

Mush smarter than anyone Dan or Left 🦶 knows.

I am the son of Satan after all.

Tis a gift of the supreme mind.

But no one listens to snarky smelly goats.

In this case, I do indeed feel the tic tac tech is terrestrial.

Now whether future terrestrial tech is the question.

Time travel is allowed in physics and sliding between dimensions may be possible if you had enough energy.

And in the tail end of the universe, there will be an abundance of energy.

Are you ready for the *!?#* inside is the real question about tic tacs.

If I was going to wildly speculate and this is just my opinion, the greys I feel are more like tenders or programmers of the simulation.

They are likely visiting from a little alcove of eternity, like our little bubble here.

If I wanted. I could easily expose left 🦶 more than I already have.

But I like a fixed game as much as a fair one.

I have a cheat left 🦶 would kill for in the game.

When I decide, all of creation will end.

So you better keep me entertained. 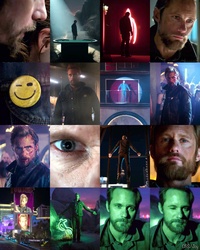 U
Member of Distinction

But yes, I also subscribe to a similar concept of time and the idea of this technology originating on Earth, but as opposed to the future (which I don't rule out) I think the very ancient remote past may hold some answers too, answers few have took the time to examine. Way, way waaaaay back. I mostly subscribe to the same idea of the Greys, they're probably a future human variant on a particularly nasty future timeline.
Sponsored content