Yesterday at 8:56 pm by BewilderedBird

Yesterday at 7:05 pm by PerplexedPuppy

[The original topic reminder post https://openmindsforum.forumotion.com/t320-immaterialism
should be substituted here... ]
............ 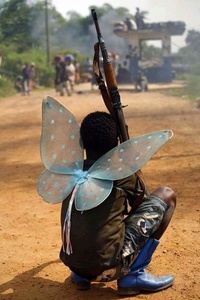 I would like to know the nature of the friendship between Ron and Chris Mellon? Why is Chris so enthusiastic about this.
BewilderedBird

Ladies and gentlemen, the smelly goat met a chicken tonight and the goat had his mind blown, again.

Talk of witches and spies and Thelema and a small world and rabbit holes and princess and raw and sarfati and a third drawer and angels and Daimons and space and FRB and black holes.

Then my wife got in on it and proved it was fresh.

The sky is falling down and it’s merging.

This must be the beginning of reunion.

I have someone to Love

Dan said something about sunfish.

And here comes the Sun over yonder...

This is a Magick carpet ride...

I’m going to the center of the galaxy!!!!

Maybe Dan is the Sun, or he is seriously fucking with me.

And I’m an intense fallen care bear learning the meaning of love.

Sure, WTF not, to the center of the galaxy on my Magick carpet.

You don’t know how real your Dreams are until you see them play out before your eyes.
dan

Yes, smelly, this is the Old Minds Forum.
cwallatruth

Couple year old song I just came across. The hook is incredibly catchy. Can't help but think how it might apply to Smelly getting sucked in by Dan. We all want to be read in Dan.... b/c we're WEAK.... AND WHAT'S WRONG WITH THAT!?!

What is the nature of the "friendly" relationship between Ron and Chris M?
99

dan wrote:Yes, smelly, this is the Old Minds Forum.

Dan, most of us here are not in the "vintage baby boomer" gen like you are. Not that anything is wrong with that but let's not change the name of this place to Old Minds Forum, ok? Thank-you. lol
BewilderedBird

We sucked each other into our orbits.

I’m just going to say, the world becomes very small the closer to the Sun you get.

And where does the Sun lead?

Now that is a hint about Space and Big Mind and maybe all of it.

And Aleister Crowley is maybe the key to all of it somehow.

I didn’t mention the funny and interesting synchronicities in detail popping around this.

The red pill Dan, but you tempted me to stick with the blue pill after last night.

How did I get so lucky?

This isn’t about me or ‘my journey’, this is ‘The Journey’ into the Heart of Darkness on a Ship of Fools.

We are on a rock orbiting a Sun apparently, what is not apparent is non-local.

Do we have any real 3rd world problems, I don’t think so.

God has the whole world in his hands, but there is no God, that’s just silly muppet talk.

Read yourselves in, it can be done.
cwallatruth

On good and evil:

A soldier named Nobushige came to Hakuin, and asked: "Is there really a paradise and a hell?"

"Who are you?" inquired Hakuin.

"I am a samurai," the warrior replied.

"You, a soldier!" exclaimed Hakuin. "What kind of ruler would have you as his guard? Your face looks like that of a beggar."

Nobushige became so angry that he began to draw his sword, but Hakuin continued: "So you have a sword! Your weapon is probably much too dull to cut off my head."

As Nobushige drew his sword Hakuin remarked: "Here open the gates of hell!"

At these words the samurai, perceiving the master's discipline, sheathed his sword and bowed.

The link between Dan and Smelly summed up nicely:

Yamaoka Tesshu, as a young student of Zen, visited one master after another. He called upon Dokuon of Shokoku.

Desiring to show his attainment, he said: "The mind, Buddha, and sentient beings, after all, do not exist. The true nature of phenomena is emptiness. There is no relaization, no delusion, no sage, no mediocrity. There is no giving and nothing to be received."

Dokuon, who was smoking quietly, said nothing. Suddenly he whacked Yamaoka with his bamboo pipe. This made the youth quite angry.

"If nothing exists," inquired Dokuon, "where did this anger come from?"
BewilderedBird

It is not sustainable, it ebbs away, but rises now and then.

But very true and I had to learn, the real is here in our experience.

Nothing is or ever could be objectively real.

Our universe is in each of our heads.

That’s why it’s good to compare notes with the universes around you you can.

And very good cw, Paradise and Hell are just states of mind.

A lot of muppets are going to be disappointed with no payoff in the sky, wait, no they won’t.

Thy will be fucking dead and then it’s too late.

That does cause me sadness on a level.

So much wasted Time one could be sad about, but I must accept the best amount of time has been used.

I just know they would all love to live an inch off the ground.

Can’t beat it really if you are going to be on Earth.
cwallatruth

It is not sustainable, it ebbs away, but rises now and then.

But very true and I had to learn, the real is here in our experience.

Nothing is or ever could be objectively real.

Our universe is in each of our heads.

That’s why it’s good to compare notes with the universes around you you can.

What sustainability are you looking for?
SurfBum

dan wrote:Btw, Sloth, my instructions this morning are to pay for a fancy dinner for you and your wife and Joe and Kevin.

This will be Kevin’s consolation prize.

Thanks for the offer, honestly, but that won't be necessary.

Maybe we can all get together in another life when we are all cats.
BewilderedBird

It takes energy and cognition to veer away from peace.

I personally seek nothing, this is what comes to you or you come to rest in IT.

Peace can be sustained because it is our resting state.

It is effortless, doing not doing is the Way.
cwallatruth

dan wrote:Btw, Sloth, my instructions this morning are to pay for a fancy dinner for you and your wife and Joe and Kevin.

This will be Kevin’s consolation prize.

Thanks for the offer, honestly, but that won't be necessary.

Maybe we can all get together in another life when we are all cats.

Rather than finding your place in the world, find yourself and you will be the master.

The shadow is erupting...

Let it flow through you.

There has been a generous proposal by the Princess to host a gotomeeting......

Chicken Little Will the Sky be Falling?

dan wrote:There has been a generous proposal by the Princess to host a gotomeeting......

Chicken Little Will the Sky be Falling?

Is this happening still?
dan

Don’t worry, it’s not because the sky is falling.

It does appear that there have been insurmountable technical issues on our end. But thank you for your patience, in any case.

Don’t worry, it’s not because the sky is falling.

Haha. What prompted the impromptu?
cwallatruth

So it’s not happening?
BewilderedBird

Something wonderful and terrifying is upon us.

Nothing will contain it and it doesn’t matter what we do.

Only that stillness in us is real, the rest of this, well, it’s a pretty light show.

Imagine the implications of that or you can experience it.
dan

Well, smelly, things are all quiet on the Eastern front.

I believe that this was just a test of our early warning system.

Get used to the Quiet

The Absolute does not experience time.
cwallatruth

Is this meeting happening or no? Any updates ETA if so?
Sponsored content