The Project Camelot / TruTV pilot episode of SHADOW OPERATIONS -- entitled "The Mars Project" -- was aired on 7 November, 2012, two years after a long week of shooting in California, Arizona, Nevada and Utah.

Kerry and I were delighted. Taken by surprise by the sudden decision to screen the show, we were also delighted with the very positive response from a critical public who had only known TruTV for their commitment to Jesse Ventura's series CONSPIRACY THEORY.

It now remains to be seen whether we'll be asked to shoot an entire series ourselves. Much will depend on the response from the public: this is all any network cares about. If you'd like to see any more of Project Camelot on television, then please write TruTV and let them know.

There's a bit of a backstory to the episode shown here. As in any TV show, many scenes never made it to the final cut. Sean Carroll (the CalTech physicist), after some particularly pointed questioning from Kerry, suddenly took off his microphone and walked away. This real-life drama was edited out, although we had urged it to be retained. We do not own the rights to the footage, therefore we cannot show it.

The confrontation with the security guards was staged (though it was quite well done!). The altercation that had been reported to us by Dave Rosenfeld happened just as he described, and he had been genuinely intimidated. But when we drove out to see if we could provoke a similar experience, nothing happened. The "re-enactment" was requested by TruTV. In a sense, this is authentic -- as we do know this could have happened, although in actuality it did not. Such are the rules of the game in Reality TV.

The photo of the huge vertical beam shown by Dave Rosenfeld, and his testimony about the Venture Star spacecraft, are 100% authentic. So is everything else in the show (except that, of course, the photos of the "Mars Tubes" shown to us by Gordon Novel have already been on the internet for many years).

After hearing about the Venture Star, we made a spontaneous call to aerospace investigator Michael Schratt, whose spontaneous response was "WOW!!". (We laughed: normally cautious and serious, Michael's response was a genuinely human and exuberant one. But because it was not an action sequence, and all we had was Kerry talking on her cellphone in the car, it ever made it to the show.)

Brian O'Leary, with no surprise to anyone who knew him, was articulate, grounded and intelligent in his recorded section, in which he talked for over ten minutes about the Face on Mars and his relationship with imaging specialist Mark Carlotto, whom he'd known personally. He was involved with that group of image analysts at the time when the "Face" had been identified.

None of that made it into the show either, as the producers preferred to focus on the dramatic events that had prompted Brian to move to Ecuador. (These were real, but had been hyped for the purposes of the episode. "We want a sense of danger", said TruTV.) Brian was unhappy with how he had been portrayed in the editing, but like every other participant, had signed a release form and had no say at all in how his piece would be used.

Many people ask us about Andy Basiago, whose claims about having personally been to Mars have become quite well-known. To put it simply, we do not believe him -- although we do also not doubt Andy's sincerity. (There was a section of the show which was also edited out, when body language expert Lillian Glass interviewed him in depth, to conclude on camera that Andy absolutely believed everything he was saying.)

It should be noted for the record that I first spoke with Andy Basiago, in a four hour phone call, long before anyone else had heard his story -- back in February 2007. He talked at great length about the teleportation experiments he'd been part of when he was a child -- and never mentioned Mars. Those 'memories' all came to him later.

Many ask us why key Camelot witness Henry Deacon (Arthur Neumann) was not featured in the show. The answer is simple: he declined to take part. And nor could he be mentioned, without a signed release form. Therefore he could not 'exist', and Andy Basiago was a sort of substitute. (Henry really HAS been to Mars.)

Finally, the show is a tribute to our friends Dr Brian O'Leary, and Gordon Novel, both of whom have passed on since the episode was recorded in August 2010. I do think that both of them would have enjoyed and appreciated the positive response. For that, Kerry and I both thank all the viewers who have offered such positive and encouraging feedback.

The problem with a TV show like this is that you have little or no control over what you're asked to do, or -- worse still! -- over the editing. We shot something like 25 hours of material over 8 days (with two cameras). The show in the end lasted 43 minutes, minus commercials -- which means that 97% of the footage was unused or rejected. Kerry and I offered our opinions quite strongly (as you might imagine) ... but in the end we had no executive authority over anything at all.

There was one instance at the end of a long day's shooting when I reprimanded the camera team for not capturing a particularly smart bit of ad lib, that had happened before they were prepared. I was quietly taken aside by both the the Director and Producer and told in no uncertain terms that it was categorically not my place to say anything at all about those parts of the production.

This kind of thing was was always a problem, because we were not just 'talent' (as actors and presenters are known in Hollywood). We were film makers, camera operators, editors, directors and producers in our own right, well able to put together a whole show ourselves if we had the funding. We were a kind of anomaly, and from the production company's point of view were not always easy to deal with.

It's not all bad, though. Doing the pilot show on The Mars Project was my own suggestion (I proposed it to TruTV in a phone call when Kerry was not able to make it to that conference), and they were smart enough to pick it up and use it. Sean Carroll, Ron Nicks, Dave Rosenfeld (good catch!) and Andy Basiago were brought in by the producers, but of course we introduced Gordon Novel (it was my idea to start the show with him), David Wilcock, Richard Hoagland, Brian O'Leary, and Bob Dean.

We had pushed hard for Henry Deacon's important testimony to be included as a centerpiece, but were told it could not happen for legal reasons (he had not given his consent). We'd also pushed even harder for the show to be called PROJECT CAMELOT (not Shadow Operations!) -- but for reasons which are still hard to understand, given the very large existing support base, TruTV did not want to use the name.

I said I would reveal the behind the scenes info on what really happened on the making of our recently aired PILOT FOR TruTV: SHADOW OPERATIONS: THE MARS PROJECT...

So here it is.

First off, they wanted to kill the show... They put it on the shelf for 2 years and then when they released it they did NO ADVANCE ADVERTISING WHAT SO EVER....

In fact, they did NOT notify us, the other stars (our witnesses) or the Production Company (Fishbowl) or our original producer in advance of the airing. NO NOTICE. Not to our agent and not to our producer.

The ONLY way we found out within 24 hours was from a Camelot supporter who happened to see the show LISTED in their daily schedule... and notified us.

We then kicked into gear... with our very small Camelot team, and made a poster, and started sending messages out urging our supporters to WATCH IT LIVE so it would get the necessary RATINGS that would make it go to Series.

Of course even with our substantial following on the net it doesn't come close to the lowest rated show on TV simply because mainstream TV viewers are in the many millions even those watching stupid shit like pawn shop stories, auto theft and other brain-dead fare.

Of course they KNOW THIS and so this is how they kill a show. They aired it, to satisfy advertisers and most likely their commitment to the production company. But without advance notice the show was guaranteed to get buried.

What they didn't factor in is YOU. Our loyal fans and supporters. Because of you we actually got rated... not great but we made a showing. Pretty damn good with no advance notice. AND much more importantly you are now making THIS SHOW A SUCCESS because YOU are sending it viral. And we want to thank you on behalf of all of humanity because without this show... most of humanity STAYS IN THE DARK never the wiser... about the truth behind the Matrix, the black projects and secret space program that is stealing money and lives from YOU in order for it to survive.

REMEMBER REMEMBER THE 5TH OF NOVEMBER.... SO SAYETH THE V FOR VENDETTA film... http://en.wikiquote.org/wiki/V_for_Vendetta_(film)

PLEASE GET THE TRUTH OUT.... continue to send this show out to the far corners of the PLANET... let's make sure our brothers and sisters REMEMBER WHO THEY ARE... and let's take back this planet from those who would use and abuse us and our families....

Thank you. PROJECT CAMELOT: GET THE TRUTH OUT

Bill Ryan and Kerry Cassidy originally launched Project Camelot through OpenMindsForum. This was Bill and Kerry's posting hOMe during those earlier years.

I am so pleased to see this television show today, airing just a few days ago. Way to go guys! You deserve it.

All the best,
Jake 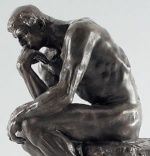 How many shows have succumbed to the knife of the editors?

True TV's perpetration/staged security incident is downright dirty. I agree with Kerry that they wanted to the show dead. I would suggest that in the future you two,(Kerry/Ryan) make sure that contractually this is not an option or YOU WILL ALSO lose credibility.

Wow! So this is going on now? How cool! Of all the people out there who deserve a televised documentary series like this, Bill and Kerry are definitely at the top of that list! Best of luck to both of them!
Sponsored content