Ok, I'm slowly backing away. You guys have fun. Until next time, don't let the aliens or black op fascists get you.

Simply, there is no seeker.
There is nothing to attain.
No such thing as enlightenment.
Let's stop all this silliness.

We are lost in a hypnotic dream of separation.

Searching for something only illustrates ignorance of reality.

Refining the mind seems like a good use of time.

There is no understanding oneness, there is just being in it.

This is all already known.

We just are remembering.

That includes all of your drama too Dan.

We will have no impact unless love is involved.

I know, I'm no help and a big distraction.

That is half right, we are all so very distracted.

Love is all that is moving.

Yes, Houston, we have a credibility issue......

How are we to distinguish between a 'portal' experience and any of a vast number of experiences of altered states of consciousness?

The term 'portal' brings to mind an objective passage way.  But, it was only a few days ago, with his 'update', that Footmann referred to the portal as a 'living being', where the experiencer, presumably, is referred to as the 'partner'.  Amongst our small group, two people report separate spontaneous experiences, which involved neither a physical passage, nor another living being.

We now have another report of 'two and a half' 'portal' experiences, but deliberate and involving a specific location, but no particular object, other being or other 'actuator' involved.

There was also the island on the east coast, with a history of such phenomena, and on which I, and several others, experienced an unidentified light phenomenon.

This is all I have, besides our two main characters, who have, so far, provided scant detail.

Is this enough to write home about?  It's questionable.

This evening, at 9pm EDT, is the second scheduled 'broadcast' with the Princess, on this topic.  Perhaps this will be the opportunity for clarification.

I have always been under the impression that Disclosure has a time critical component.  The sense of urgency became manifest in 1991, in the ensuing communication with Ron.  Since January of 2015 there has been a specific time frame, although the deadline has since been moved back by nine months, now being mid-summer.

Currently, then, we have a disconnect between the possibile urgency, and the slowness in the release of new information.  And, now, Debbie and I are about to leave on a two week vacation.

Another problem is that Mr 2 1/2 is a fundamentalist with regard to the imminence of Tribulation/Armageddon, as described in the Book of Revelation.  In fact, at this point, I'm the only one looking toward a non-violent transition to the Millennium or whatever period might ensue...... another issue requiring prompt clarification. 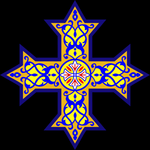 Dan, is the Joe Firmage you're mentioning the same one who was a big wig at USWeb and resigned in disgrace following a public unveiling of his UFO beliefs? If so, he's been off the radar since 2009 when his most recent company went under. What role does he have to play in this whole thing?
Guest

I vote for a compassionate resolution for everyone.

So, you are point of fact, not the only one who wants a non-violent shift.

But I get a lot of heat and flame symbols and metaphors.

I'm not sure how to reconcile the solar symbol visions I was having of Celtic symbols.

You have to think nonlinearly.

If you use the awareness, you will listen to everything.

Everything is connected and meaningful somehow.
Guest

"Composer, sculptor, painter, poet, prophet, sage--these are the makers of the after-world, the architects of heaven. The world is beautiful because they have lived. Without them, laboring humanity would perish." -- James Allen from 'As A Man Thinketh"

I felt the Scorpio full moon big time today. Quite amazing. 10th was also Vesak Buddhist Holiday, Budda's birthday. I felt that too.

Art Bell described this as 'The Quickening'.

It is indeed that.

For last evening's gotomeeting call-in, we had another modest turn out.  We still have a long way to go to the PoNR.  It turns out that I'm not in charge of Disclosure, at least not for now.

The meeting is posted on the Princess' YouTube channel.


The main issue is whether we can get through 'disclosure' without undue/excess violence and chaos.  This world/cosmos is not an accident.  It's not an experiment.  If this is not the best possible disclosure, then what is it? The worst possible.

It was further established that the Princess is withholding information from me, and the Footmann withholding from her.  It is possible that the Footmann has sufficient information to precipitate disclosure now, especially in conjunction with an activated portal.  The Princess says that we're waiting for a particular signal.  This signal may have something to do with the island experience that was referred to several times.  And may also have to do with an operation blue light.

PoNR/disclosure is qualitative, not quantitative.  I'm the only one of us three who is expendable at this point.  The problem would be to replace Ron and Aliyah.  That would not be easy.  There is a lengthy backstory.

Uh, oh....... could the bad guys sabotage disclosure?  Could we use that possibility to speed up the process?  Well, contingencies are just not a significant part of the BPWH.  I would have trouble playing that card.

As for popular pressure on R&A..........  We don't seem to be anywhere near that threshold.  There might only be more resistance.  But, no, there's never anything wrong with word of mouth.

Sorry about the tutu.  Trust me, it was not optional.

Eric, it's just seems counterintuitive that your individualism is a way back to monism.  We are a wired world.  Is that an accident?  Is science an accident?  All of our talents...... left brain, right brain..... need to be integrated, finally.

You seem simply to want to fly away in your beautiful balloon.  And you don't want anyone to try a broader, more inclusive path.

Eric should be happy that no one is minding the store.  And the blue line is a rather thin one.  Might someone take advantage?  One might think, but advantage is a rather abstract notion, in this game.


Paul Z points out that Mary Shelly, Harold Urey and Jack Sarfatti are all exploring a similar theme......

Put together the right components, zap them...... and, voila, you have some version of life/mind, albeit, maybe not the version that you were wishing for.

Are we a cancer on the third rock from a small star, or a chrysalis at the heart of reality? There are cracks in our cosmic eggshell. Well, there is a lot of testimony, to that effect. Who are we to believe?

We are All in the end, each of us, only responsible for our own personal self Disclosure.

No other kind of Disclosure is possible.

When you stop looking outside yourself and look at the center of yourself, what you need to know you know and all your questions evaporate.

When you can offer the world your heart, then you are doing the divine work.

Heart is the only thing Real in all of this I have found.

I found my heart in the center of a black hole.

I would never have thought to look there before now.

Dan, quick question, how far away are we in terms of viewership? If 26 (I believe that was what it was last night) is a modest turn out, how many attendees are needed in order to move this thing forward?

Those of us interested could certainly promote the next meeting and tell the story to a wider audience if that is what it takes.
Guest

I guess the turnout may have to do with low levels of promotion plus (for those who did turn out) having to wade through videos of you dancing at a kindergarten in order to gather snippets of the biggest secret in the history of mankind.

What's inside your hearts is the biggest secret.

Everyone is looking outside, while we do an end run around your blind spots.

As you were.
Guest

If you think you can argue with me Dan, you are some Fool.

You obviously have no idea what I'm talking about.

I've never lied to you.

You are so dismissive over things you have no idea about, which is fine, it's beyond ideas.

That's all I said.

It's only your heart that matters.

I'm telling you how this works.

You ignorantly dismiss because you have no idea what you are talking about.

When I see someone who knows what's happening, I'll be back.

I gave it my best shot with you Dan.

I see all these synchronities, you guys deny.

Fine, it's happening now without you.
Guest

Compared to my open heart Dan, with no desire or agenda, you know very little.

The small and great meet in the heart you moron

Let me take the discussion to the next level, if you can follow in your tutu.

It's interesting how a chaotic attractor has an observable pattern, but contains infinite variety. I wonder if they have some role to play in cognition. Do brains contain neural circuits that act as chaotic attractors?

It makes a kind of sense. You have a general concept, like "tree" that somehow corresponds to the large scale shape of an attractor, We can "trigger" the neural circuit that encodes an attractor-concept, let it run for a while and "read out" the main, large-scale features. That's how we know what a tree is. But we can also observe real trees and accept an infinite variety of shape, color, orientation, etc., since they somehow fall within the domain of the attractor.

It's a tantalizing idea since chaotic attractors are, ultimately, described by nothing more than a small set of numbers. So even something as general as the concept of "tree", including all possible varieties, even examples we haven't experienced yet, are all contained in a handful of numbers. It would be so easy to store them in memory, incredibly compact encoding that can be recalled and unfolded again like some infinitely opening flower.

Dan, we have nothing further to share with each other.

I have nothing else I can say than I have.

Thanks for listening and helping me work all this out.

I'm sorry for your trouble.

This is getting weird(er). Dan, what can we do to help speed things along, or at the very least, proceed to the next step?

Should we bring awareness or is that counterproductive?
dan

I hope not.  I hope that we are just able to achieve a new normal.  We have been way out on the materialist limb.  It's time for us to climb back to a less restrictive reality.  We didn't realize how precarious things had become, way out there.  It will be a relief to get back again.

It seems that events are accelerating spontaneously.

Yes, it's all about maintaining our awareness.
Guest

It was no trouble.

We just have reached an end to our collaboration.

I have no mission.

I'm happy some of you do.

I hope you are successful.